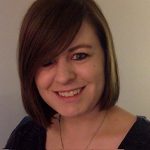 Bailey Albrecht will be conducting research in Japan for 12 months on the “Ecologies of Production in Postwar Japan,” funded by the Fulbright-Hays Doctoral Dissertation Research Abroad (DDRA) Award.

She is a graduate student from Milan, Illinois, and she is studying History at the University of Wisconsin-Madison, advised by Louise Young. During this period, Albrecht will re-examine Japan’s postwar economic development by focusing on the role of two of today’s most pressing, globalization and resource sustainability. She argues that Japan’s cultivation of natural resource import markets were crucial for enabling domestic growth and provided the foundation for the nation’s export markets.

We congratulate Bailey for receiving this prestigious award, and asked about some of her plans for coming months in Japan.

1. Tell us something about yourself.

“Because I grew up in an area slightly smaller than Madison, and because the Midwest isn’t known for its diversity, I wasn’t exposed to a lot of foreign culture. I had Chinese food for the first time at age 16, and I thought “sayonara” was only something cowboys said in Westerns for an embarrassingly long time. It’s pretty funny to think about how far I’ve come, and I feel lucky to be able to travel as much as I do.”

2. How did you get interested in Japan’s postwar history?

“When I was young, I was dimly aware that Japan and the U.S. were close allies, despite the fact we fought in WWII. At the most basic level, I wanted to know more about why our relationship developed the way it did. Now, I’m more interested in the ways that politics played during the Cold War, and how Japan and the U.S. both worked towards a similar world view, while pursuing their own national interests. Finally, the postwar was a time of explosive growth for many regions. While many scholars have written about Japan’s growth, I think it’s important (particularly in light of climate change) to examine progress in terms of its environmental effect, which was felt far outside of Japan’s borders.”

“The best way to explain my interest in Japan’s postwar history would be to say I’m interested in the context, in how Japan shaped its neighbors and was shaped in turn by them.”

3. How did you learn about the Fulbright DDRA program, and how did you prepare for its application?

“I first heard about the Fulbright programs as an undergraduate student, though I never imagined I would win one. The Fulbright seemed intimidating then, and it still did when I was applying for it. I applied to several grants, including a different Fulbright, in the Fall and didn’t make the cut. It was demoralizing, and it took me a bit of time to feel like writing again. I don’t think graduate students talk too often about setbacks, but they are an important part of the process.”

“Mine [setback] forced me to take some time to revaluate not only my project, but also my attitude towards how academic success affected my self-image. While I’m extremely happy to have gotten the DDRA, I think in some ways the earlier failures are just as important. Dealing with rejection gave me the chance to re-evaluate my dissertation, and I feel like I grew a bit as a person.”

“In terms of applying for the Fulbright DDRA, I think the best things you can do are to start writing early, revise often, and be open to new frameworks. I started writing about two months before the Fulbright was due. My advisors, Louise Young and Sarah Thal, were extremely helpful during the entire process, and they probably looked at well over a dozen drafts for this application alone.”

4. Where will you be based in Japan?

For the first nine months, I will live in Tokyo. After that, I plan to spend two months in Osaka, learning about logging companies and timber imports, followed by a month or so in the Wakayama prefecture, where some of Japan’s most beautiful forestland is.”

5. What excites you most about working in Japan?

“I enjoy living in Japan, and this will be my first time living in Tokyo, which I am excited about. The two other times I lived in Japan, I attended some sort of college program and was stuck to a rigid schedule. This time, I will be a bit more flexible. My sister is also planning to visit, so I am looking forward to showing her around. My husband and I have been to Japan and hit many of the main tourist sites, so it will be fun to watch her see things for the first time.”

6. What worries you the most about working in Japan?

“Ironically, what worries me is one of the same things that excites me! I think this year will be the first in a long time that I don’t have some sort of set schedule. I’m a bit worried about using my time effectively. Other than that, I always miss my family when I’m abroad, particularly my husband and my dog.”

7. What are some things from home to bring that you think would be necessary whilst living in Japan?

“With internet shopping, it is pretty easy to get anything you need in Japan, especially compared to the first time I lived there ten years ago. I usually bring the toiletries I like to use. It might sound funny, but deodorant is something I always bring from America. Japanese summers are hot and muggy, and Japanese deodorant is more like a scent spray than anything else. So, if you asked me in person, honestly deodorant and toiletries is what I’d tell you.”

8. Where do you see yourself in the next 5 years?

“I am not sure. While I wouldn’t mind an academic job, I’d also love to work on policies dealing with resource sustainability for a think tank or a company. My biggest hope for the future is that I can land a job that challenges me and allows me to use my language skills. Some travel would be good too!”

The Fulbright-Hays DDRA Awards provide funds to students to conduct doctoral research outside the United States in foreign languages and area studies for up to 12 months. The awards are funded through the U.S. Department of Education’s International and Foreign Language Education office.