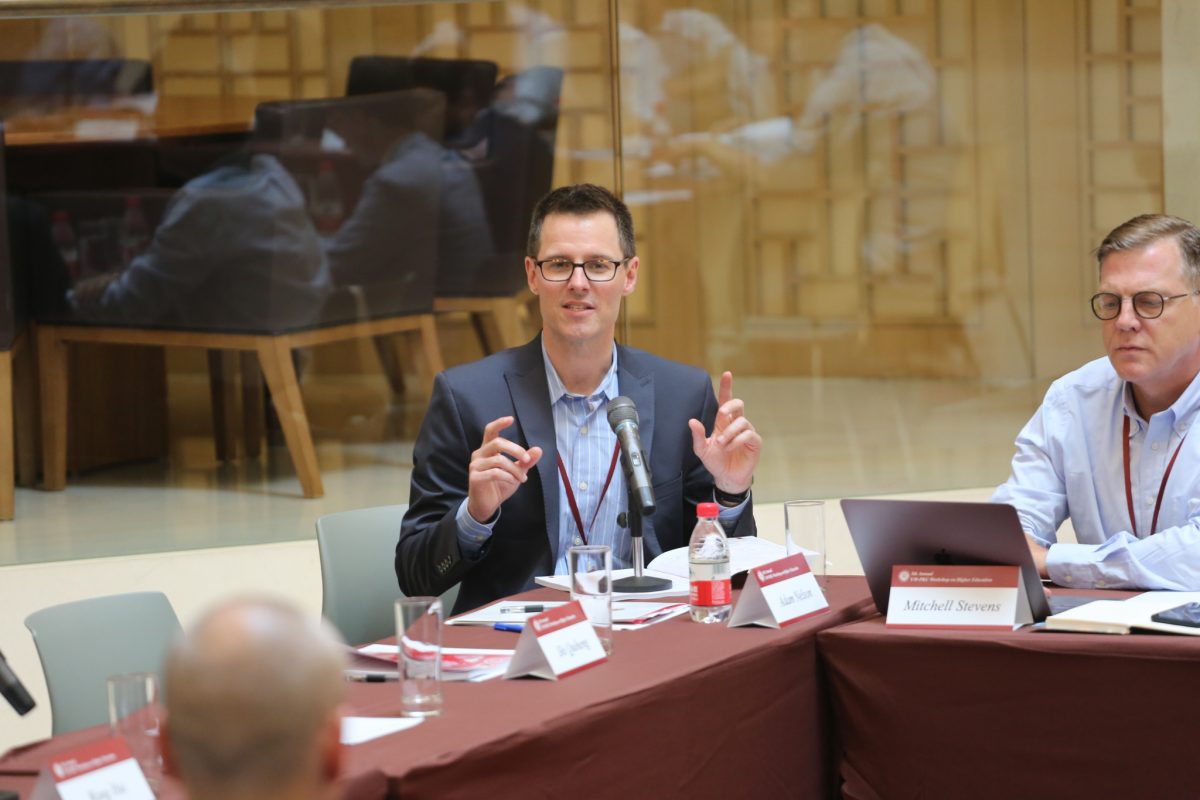 “The U.S. and China need each other,” Blank said in her opening remarks at the fifth Peking University-University of Wisconsin Workshop on Higher Education. “And our universities need each other.  We both have things to bring to the table.  It is a bilateral relationship: we both need to educate our country’s top students to live and work in a global economy; we both need to create opportunities for our country’s top scholars to learn from each other and conduct research together.  And we have a long, shared history to build upon.”

The School of Education’s Adam Nelson, a Vilas Distinguished Achievement Professor with the Department of Educational Policy Studies, has helped organize this annual higher education workshop each year since its inception in 2015.

Blank commended China for investing in sending its students and researchers to the U.S., but noted that enhancing ties between the two countries will require “growth in the reputation and credibility of Chinese academic journals” and “a clearer understanding of one another’s expectations with regard to research ethics.”

The higher education workshop is an annual series that alternates between Beijing and Madison, and is devoted to studying pressing issues in post-secondary education for China and the U.S.

Participating in the 2019 event, which this year received support from the Andrew W. Mellon Foundation, were faculty members from multiple universities across China, along with educational leaders from the U.S. and Europe.  The theme of the May conference was “Rethinking Regional-International Inquiry in the 21st Century,” and included panels on the legacy of area studies, their political dimensions, and organizational structures.  Peking University’s Institute of Area Studies and UW-Madison’s Center for East Asian Studies were co-sponsors of the event.

UW-Madison was well represented at the two-day workshop, the start of which coincided with a UW-Madison delegation to China led by Blank.

In addition to Nelson, the higher education workshop was also organized by Peking University’s Shen Wenqin (who was a visiting scholar at UW-Madison in 2013-14), and Stanford University’s Mitchell Stevens.   Three additional UW-Madison faculty members participated in the conference — Walter Stern, an assistant professor with the Department of Education Policy Studies — and historians Viren Murthy and James Sweet.  UW-Madison alum Yao Yang, now dean of Peking University’s National School of Development, gave a talk on international cooperation, while School of Education doctoral student Liu Qing served as the workshop rapporteur.

Prior to the start of the conference, Blank and Hao signed a two-year memorandum of understanding (MOU) that encourages student and faculty exchanges in the universities’ respective Schools of Education and continues a commitment to hosting the annual workshop on higher education, including the 2020 workshop, which will be held in Madison.

After signing the MOU, Blank presented Hao with a photo of the 20 Peking University alumni who are currently members of the UW-Madison faculty.

Hao expressed hope that the two campuses can continue to work together, “and together contribute to cultural exchange between China and the U.S.”