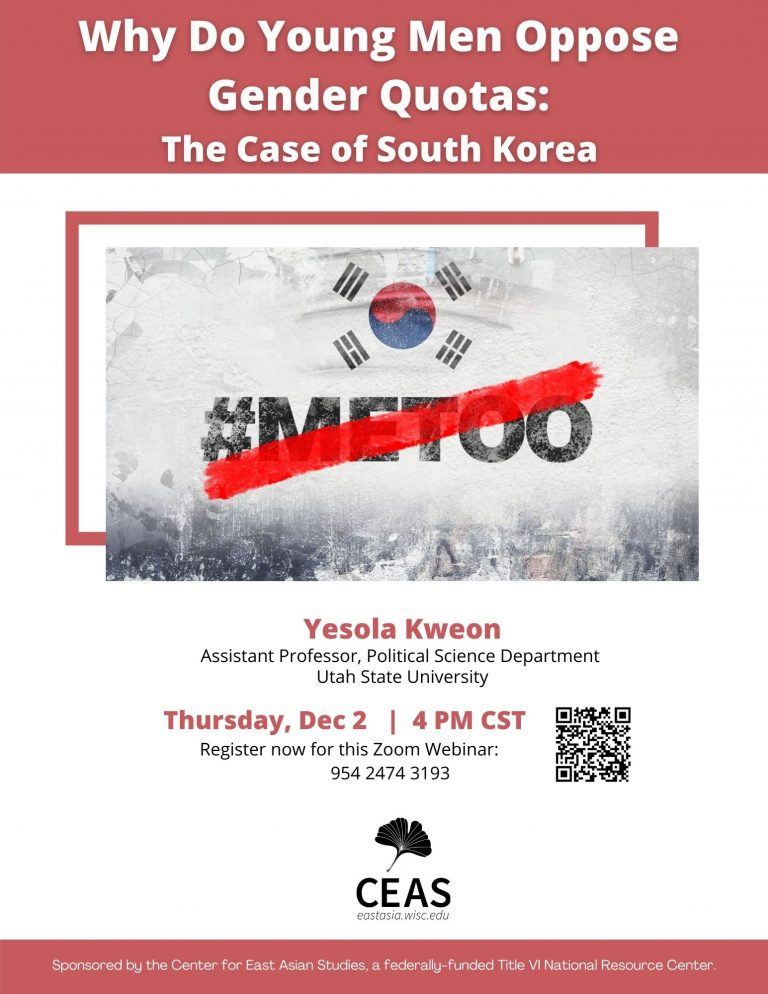 Why Do Young Men Oppose Gender Quotas: The Case of South Korea

Yesola Kweon is Assistant Professor of Political Science at Utah State University. Her research interests are international and comparative political economy, political behavior, and public policy with a focus on East Asia. Within these broad fields, she studies how new forms of inequality associated with post-industrialization affect the behavior of political actors and in turn, reshape public policy.