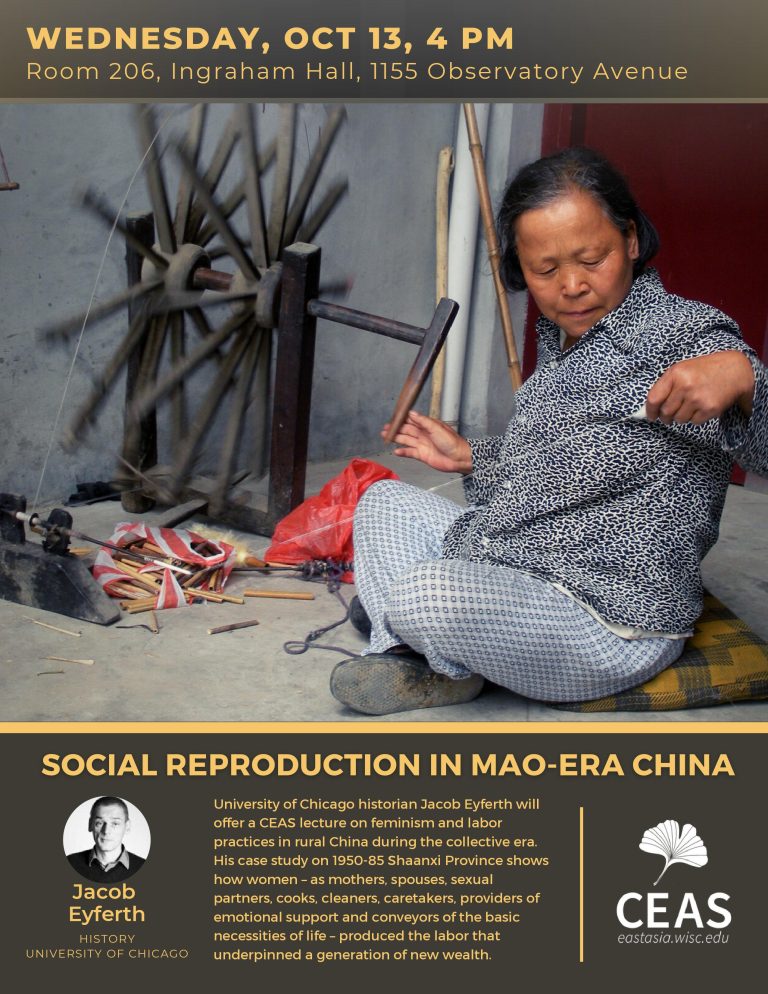 How did rural Chinese women’s handloom weaving (and child-rearing, pig-raising, firewood-gathering, food-scavenging, etc.) subsidized socialist industrialization? University of Chicago historian Jacob Eyferth offered a CEAS lecture on feminism and labor practices in rural China during the collective era. His case study on 1950-85 Shaanxi Province showed how women – as mothers, spouses, sexual partners, cooks, cleaners, and caretakers, as providers of emotional support and conveyors of the basic necessities of life – produced the labor that underpinned the generation of new wealth.

Jacob Eyferth is a social historian of China with research interests in the life and work experience of nonelite people throughout the twentieth century. Trained at the universities of Berlin and Leiden, he has held postdoctoral fellowships at Oxford, Harvard, and Rutgers and taught at Simon Fraser University. Currently, he is associate professor in the department of East Asian Languages and Civilizations of the University of Chicago. Most of his work has focused on the countryside and on the mid-twentieth century, c. 1920–1970.