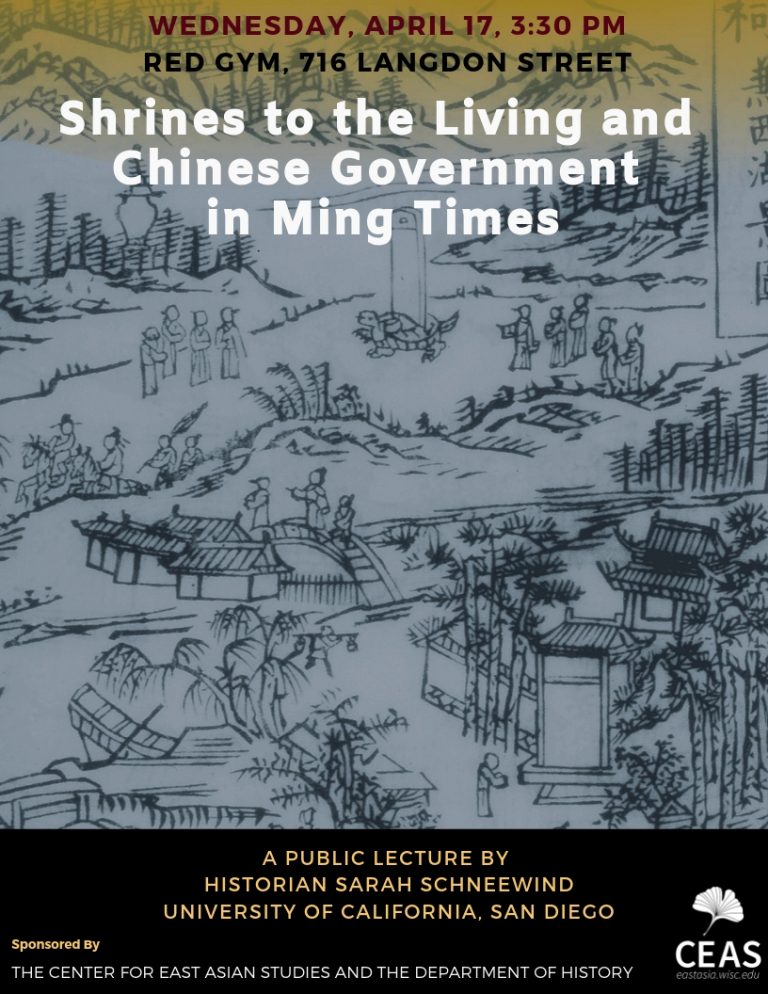 Shrines to the Living and Chinese Government in Ming Times

The enshrinement of living officials was a common happening during the Ming period (1368-1644). Although post-imperial historians have often associated living shrines only with flattery the late-Ming eunuch dictator Wei Zhongxian, such shrines dated back some 1400 years, and were sponsored, at least nominally, by commoners to honor officials departing a county or prefectural post. The political work shrines did include flattering men on the rise, but in honoring some for their contributions to local livelihood and security shrines also criticized other officials, overtly or implicitly. They provided, therefore, an institutional form of political participation for commoners. The ideology of the Mandate of the Heaven for the dynasty is well-known; living shrines enable us to see that magistrates and prefects in Ming times enjoyed a “Minor Mandate” that expressed their moral semi-autonomy from the emperor who delegated them. This talk combined work from a new book with related, unpublished material.

Sarah Schneewind is Professor of History at the University of California-San Diego.