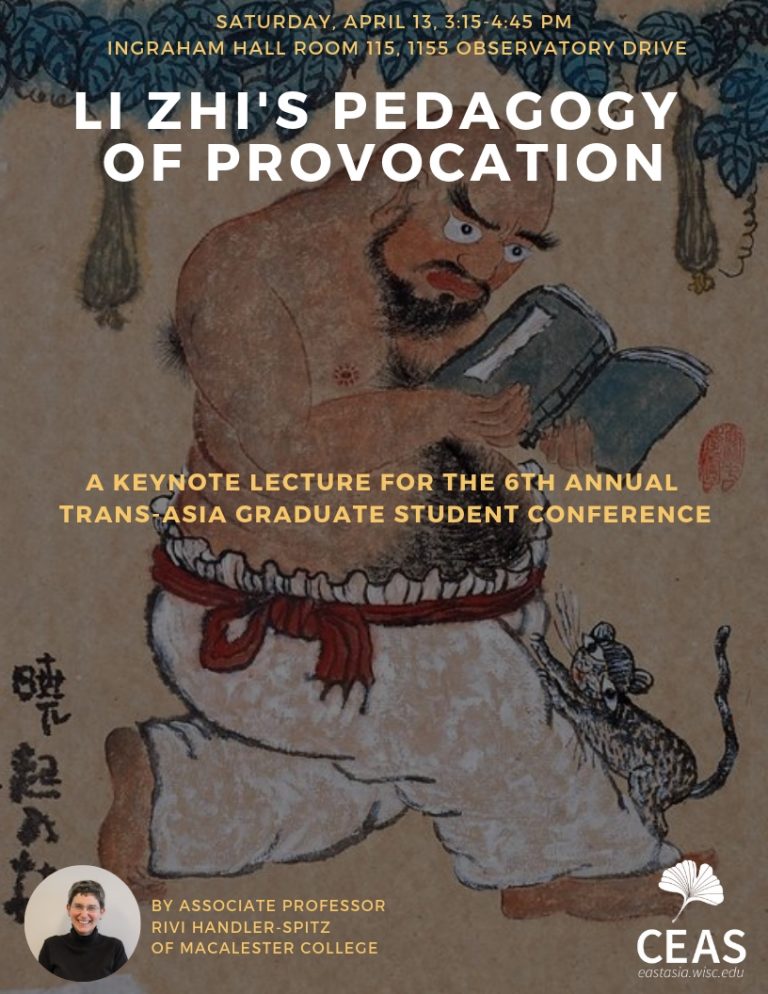 The outlandish actions of the sixteenth century Chinese maverick intellectual Li Zhi (1527-1602) shocked contemporaries. A retired Confucian official, he moved into a monastery, shaved off his hair in conformity with Buddhist practice, but grew a long beard and violated monastic codes by eating meat and consorting with women. His writings too proved scandal: in them he flouted Confucian orthodoxy by overturning established judgments and excoriating and publicly humiliating high officials. His writing style abounds in paradox, irony, and contradiction, rhetorical flourishes that cause readers to stand still in their tracks and wonder “Did Li Zhi really mean this?!” This talk addressed the question of whether Li Zhi’s judgments function primarily as authoritative or provocative. Did he aspire to promote a counter-dogma to state-sanctioned Neo-Confucian orthodoxy, or to promulgate a method of incessant questioning, skepticism, and doubt? The talk focused on two texts, A Book to Burn (Fenshu), one of the most influential books by Li Zhi, and Conversations in the Oak Forest (Zuolin jitan), authored by one of Li Zhi’s most outstanding students, Yuan Zhongdao. The latter text, rendered in dialogue form, provides an account of Li Zhi’s pedagogy that corroborates the view that Li Zhi’s goals were more provocative than doctrinal.

Rivi Handler-Spitz is Associate Professor at the Department of Asian Languages and Cultures, Macalester College