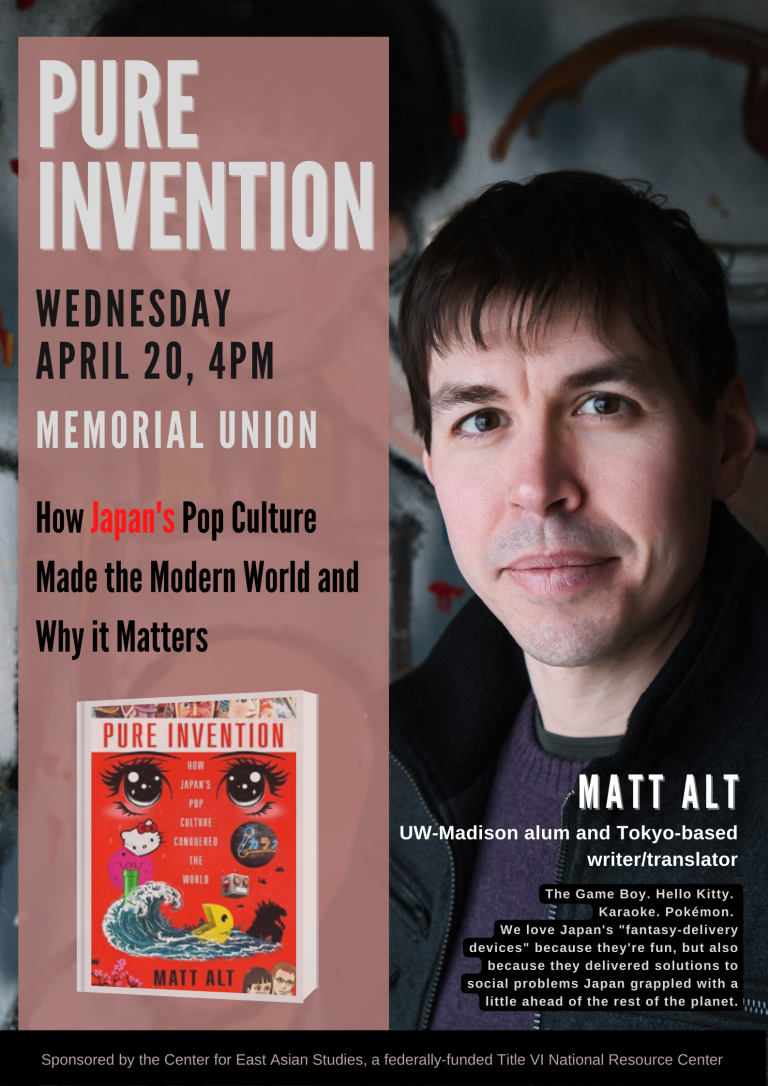 Pure Invention: How Japan’s Pop Culture Made the Modern World and Why it Matters

The Game Boy. Hello Kitty. Karaoke. Pokémon and anonymous imageboards. Anime and manga. We love Japan’s “fantasy-delivery devices” because they’re fun, but also because they delivered solutions to social problems Japan grappled with a little ahead of the rest of the planet. Trends we take for granted today, from user-generated content to toxic online environments, from hyperfandom to immersive digital escapes from reality: all of them originated in Japan’s epic financial boom of the 80s and bust of the 1990s, paving the way for all the weirdness of our post-industrial, late-capitalist lives.

Matt Alt is a Tokyo-based writer and translator. He is the co-founder of the localization company AltJapan Co., Ltd., which specializes in producing English versions of Japanese games, comics, and other entertainment. His writing has appeared in The New Yorker, Wired, Slate, The Economist’s 1843, Newsweek Japan, The Japan Times, and many other publications.