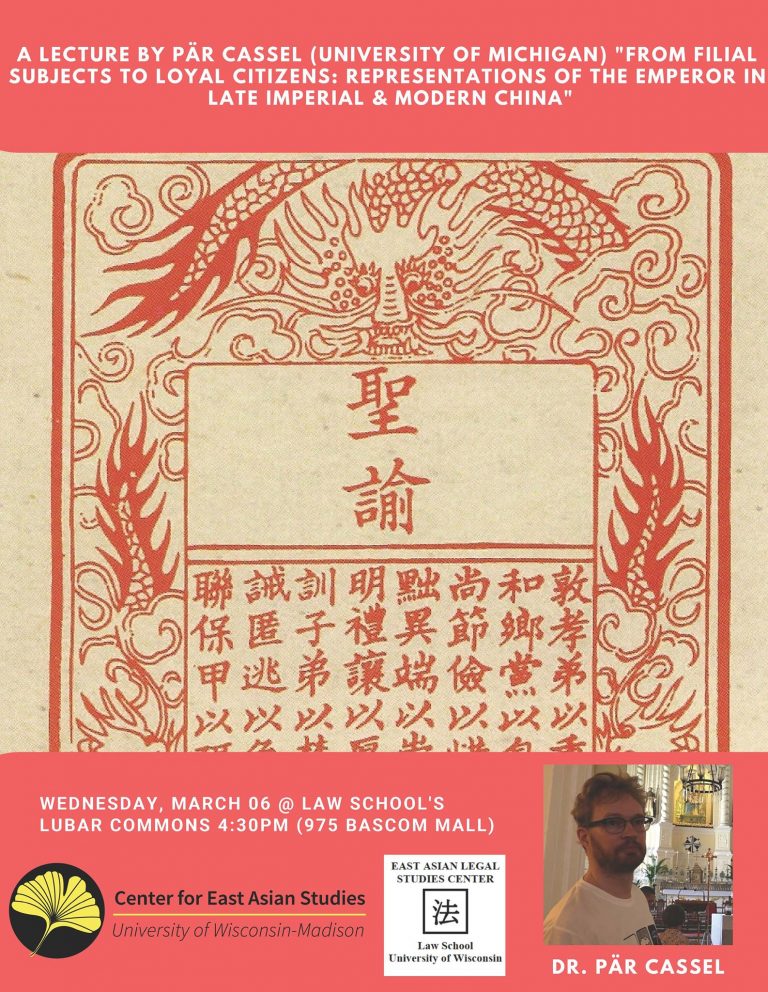 From Filial Subjects to Loyal Citizens: Representations of the Emperor in Late Imperial and Modern China

In late imperial China, the sovereign was not visible to his subjects. The vast mass of commoners did not stand in any direct ritual relationship to him or to the state; the name, the countenance or personal qualities of the Emperor was not known to the common people and they were not called upon to participate in official rituals to worship the sovereign. Yet the emperor was ever-present to his commoners in a variety of ways and spoke directly to them in a number of political documents that were designed to exalt the image of the ruling house. This talks proceeded from one of those documents – the Sacred Edict – and explored how and when the imperial institution became visible to the Chinese people.

Pär Cassel is Associate Professor of History at the University of Michigan.