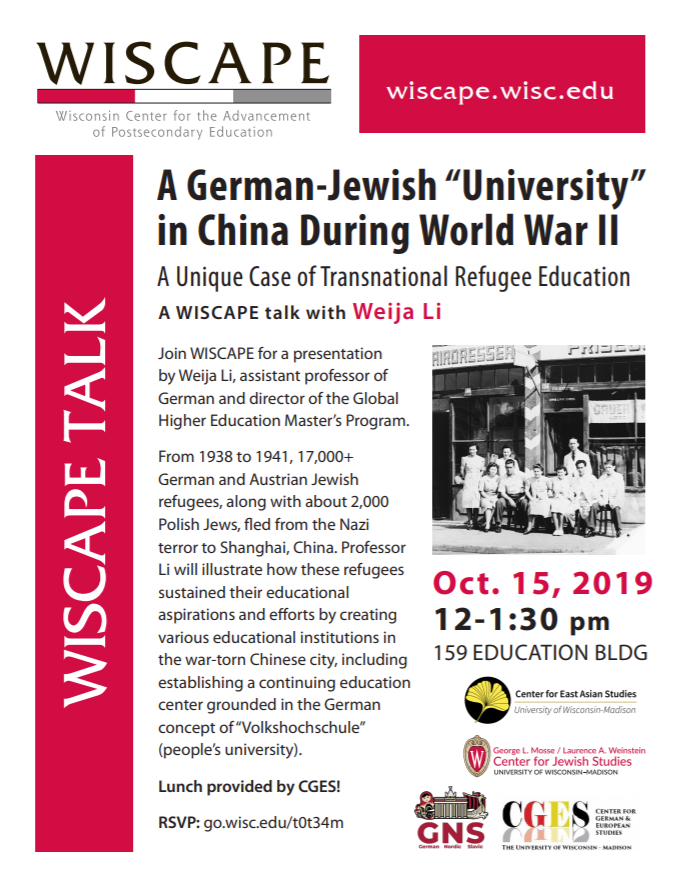 A German-Jewish “University” in China During World War II

From 1938 to 1941, more than 17,000 German and Austrian Jewish refugees, along with about 2,000 Polish Jews, fled from the Nazi terror to Shanghai, China. The Chinese harbor city thus became a safe haven for a Jewish diaspora in East Asia. The refugees’ hope to use Shanghai as a temporary waiting room for their transfer to North America or elsewhere was soon wrecked by the Japanese attack on Pearl Harbor and the breakout of the Pacific War. As a result, they ended up spending a decade in China.

Dr. Weijia Li is a Clinical Professor in the Department of Educational Leadership and Policy Analysis. He is also the Director of the Global Higher Education MS Program.