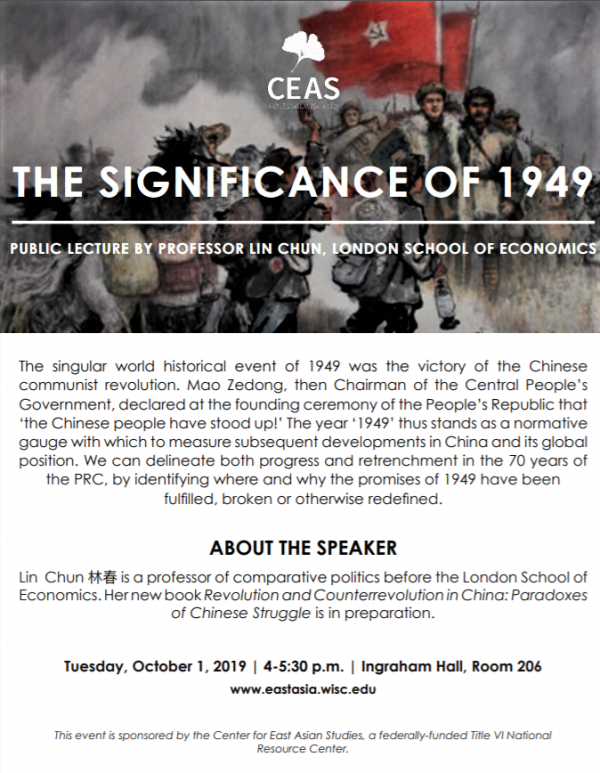 The singular world historical event of 1949 was the victory of the Chinese communist revolution. Mao Zedong, then Chairman of the Central People’s Government, declared at the founding ceremony of the People’s Republic that ‘the Chinese people have stood up!’ Hu Feng, a leading literary critic, exclaimed that ‘time has begun!’ The arduous yet successful struggle of a quarter of humanity for social unity and national independence was significant also because it set the prime example for liberation movements of oppressed peoples worldwide. The year ‘1949’ thus stands as a normative gauge with which to measure subsequent developments in China and its global position. Professor Lin Chun argued that we can delineate both progress and retrenchment in the 70 years of the PRC, by identifying where and why the promises of 1949 have been fulfilled, broken, or otherwise redefined.

Guest lecture by Lin Chun, Professor of Comparative Politics in the London School of Economics and Political Science.