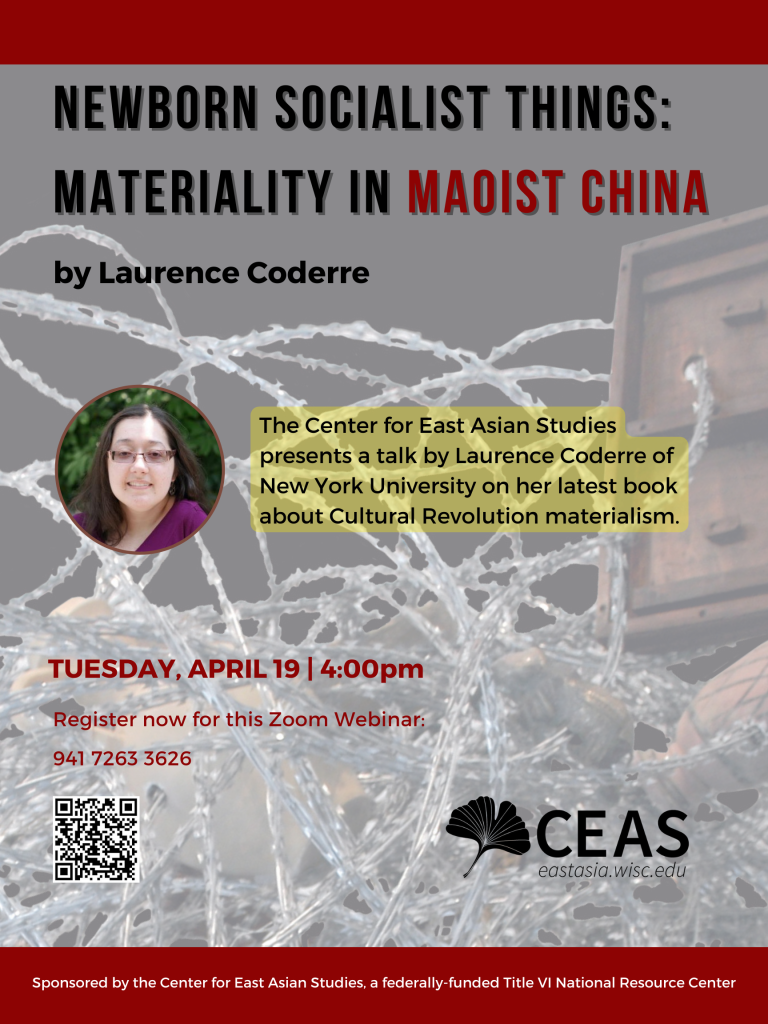 Whereas the contemporary era in China is often depicted in terms of rampant, ideologically vacuous commodification, the Cultural Revolution (1966-76) is typically cast as a time of ubiquitous politics and scarce goods. Indeed, with the exception of the likeness and words of Mao Zedong, the media and material culture of the Cultural Revolution are often characterized as a void out of which the post-socialist world of commodity consumption miraculously sprang fully formed.

Coderre instead argued that the Cultural Revolution media environment and the ways in which its constituent elements engaged contemporaneous discourses of materiality and political economy anticipated the widespread commodification now so closely associated with the Reform Period (1978-present).