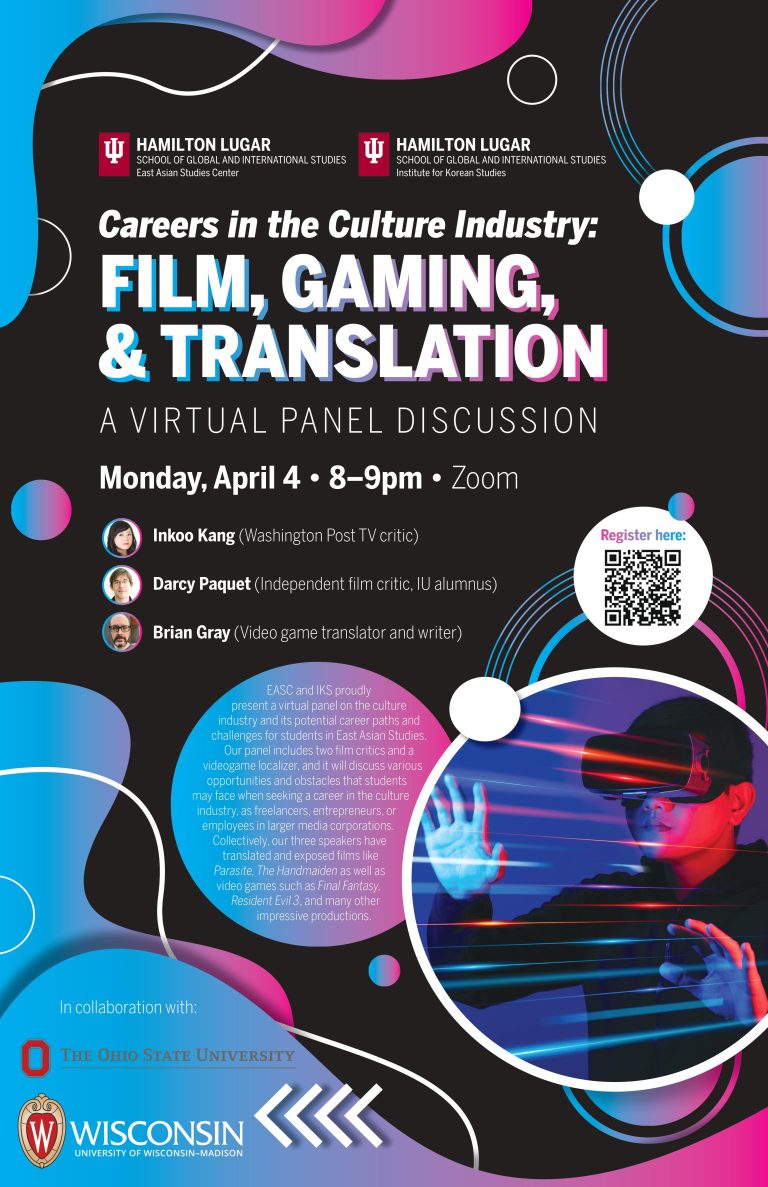 This virtual panel addressed the culture industry and its potential career paths and challenges for students in East Asian Studies. It featured two film critics and a videogame localizer, who discussed various opportunities and obstacles that students may face when seeking careers as freelancers, entrepreneurs, or employees in larger media corporations. Collectively, these three speakers have translated and exposed films like Parasite and The Handmaiden, as well as video games such as Final Fantasy, Resident Evil 3, and many other impressive productions.

This event was part of the “Midwestern Professionalization Seminar for East Asian Studies,” for Spring 2022. CEAS collaborated with colleagues at The Ohio State University and Indiana University Bloomington for this three-part series. This was the final event of the series and was hosted by Indiana University Bloomington. The series is aimed at sharing skills for advancing one’s career and introducing various career paths using East Asian language and area studies expertise.