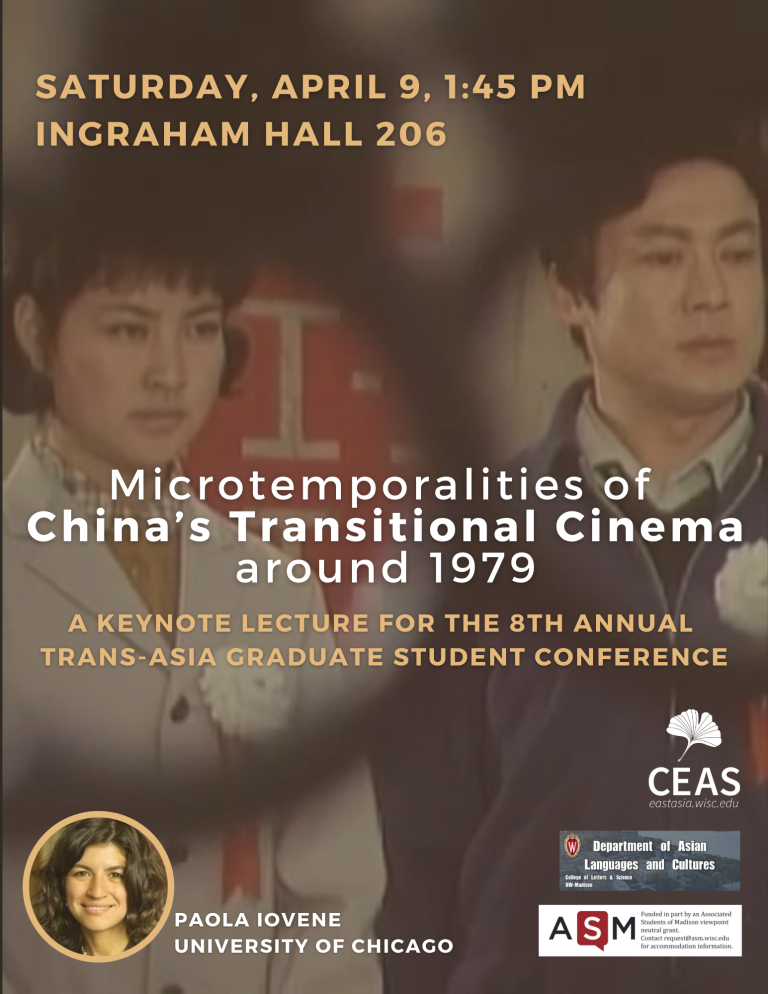 Microtemporalities of China’s Transitional Cinema around 1979

The Eighth Annual Trans-Asia Graduate Student Conference (TAGS), “Transitions: Asia Through Time and Space,” presented a keynote address by Dr. Paola Iovene, which was titled “Microtemporalities of China’s Transitional Cinema around 1979.”What was post-Mao Chinese cinema before the rise of the Fifth Generation, and can we call it a “transitional cinema”? Dr. Iovene engaged these questions by looking at a handful of 1979-80 films that depict the mass protests following the death of premier Zhou Enlai in 1976. Long unavailable to most viewers, these films have acquired a second life thanks to video sharing websites. This talk mapped out how cinema mediated images of unrest and violence when the country began transitioning away from socialism, teasing out the microtemporalities these images revealed about the recent past, and reflecting on their contexts of viewing back then and today.This keynote address was sponsored by the Center for East Asian Studies. The 2022 TAGS conference, which took place on April 8-9 at the University of Wisconsin-Madison, encompasses Asia-related research across a wide range of fields. This year’s conference aimed to provide broader insight into Asian studies by exploring Asia-related themes through the prism of “transition” in the broadest sense.