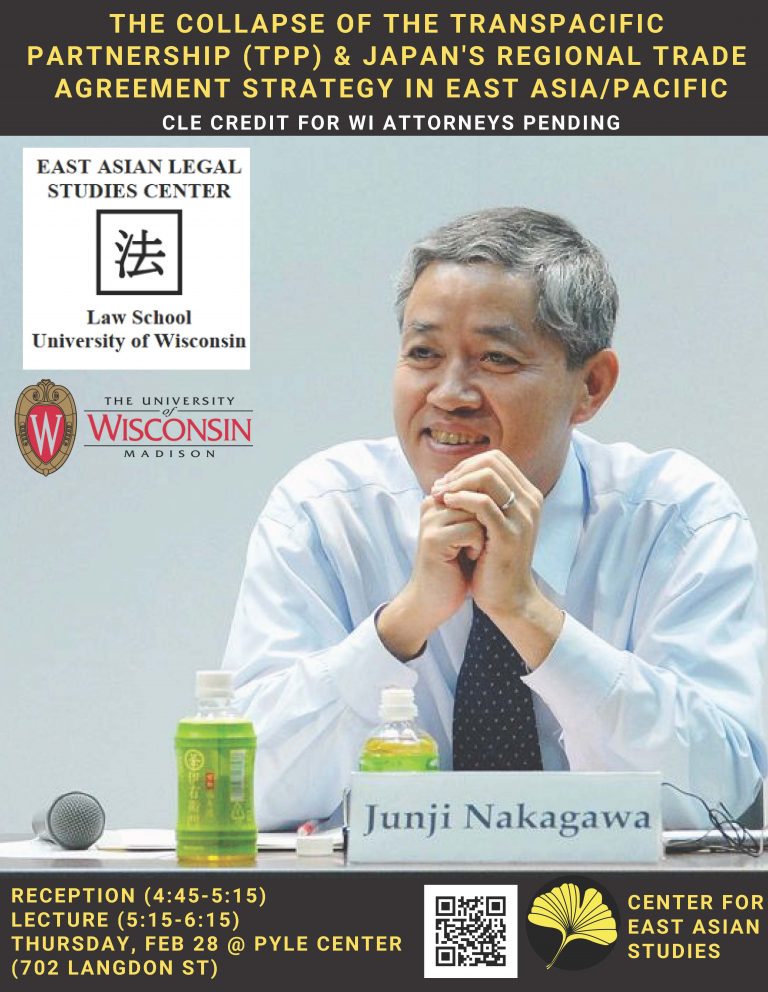 In arguably the most momentous act of his first months in office, President Trump, in January 2017, withdrew the United States’ signature on the Transpacific Partnership, an ambitious 12-nation free trade agreement intended to promote U.S. economic and strategic interests in the East Asian and Pacific regions. While President Trump’s “unsigning” wasn’t a surprise—he had campaigned on the promise to do so—the fact that he followed through was deeply unsettling to America’s trading partners, who, with the encouragement of the United States, had spent years negotiating an agreement that tackled many (though not all) sensitive trade issues in what was widely described as a “state of the art” trade agreement. But while President Trump’s “unsigning” doomed the TPP as originally envisioned, it didn’t kill it off entirely. The remaining eleven TPP states agreed in May 2017 to revive the agreement in largely the same form, but without the United States as a member. In this public lecture, Professor Junji Nakagawa discussed the TPP fiasco—as it is viewed by many observers in the international trade community—as well as Japan’s regional free trade strategy in the face of President Trump’s abandonment of the TPP.

Junji Nakagawa is Professor of Law at the University of Tokyo.