In a story that dawns with the Industrial Revolution and culminates in the Great Depression, this talk will reveal how the migration of Chinese laborers and merchants across a far-flung maritime world linked their homeland to an ever-expanding frontier of settlement and economic extraction. The picture that emerges is not one of Chinese divergence from European modernity but rather of a convergence in colonial sites that were critical to modern development and accelerating levels of capital accumulation.

Professor Macauley specializes in late imperial and modern Chinese history from 1500 to 1958. Her research focuses on the interrelated history of southeastern China and Southeast Asia; colonialism and imperialism in East and Southeast Asia; and legal culture in Chinese social history. Her recent book, Distant Shores: Colonial Encounters on China’s Maritime Frontier, was published by Princeton University Press in 2021 and was awarded the Bentley Book Prize from the World History Association in 2022. Her first book, Social Power and Legal Culture: Litigation Masters in Late Imperial China, was published by Stanford University Press. She currently is writing a comprehensive history of the South China Sea, tentatively titled “A People’s History of the South China Sea.” 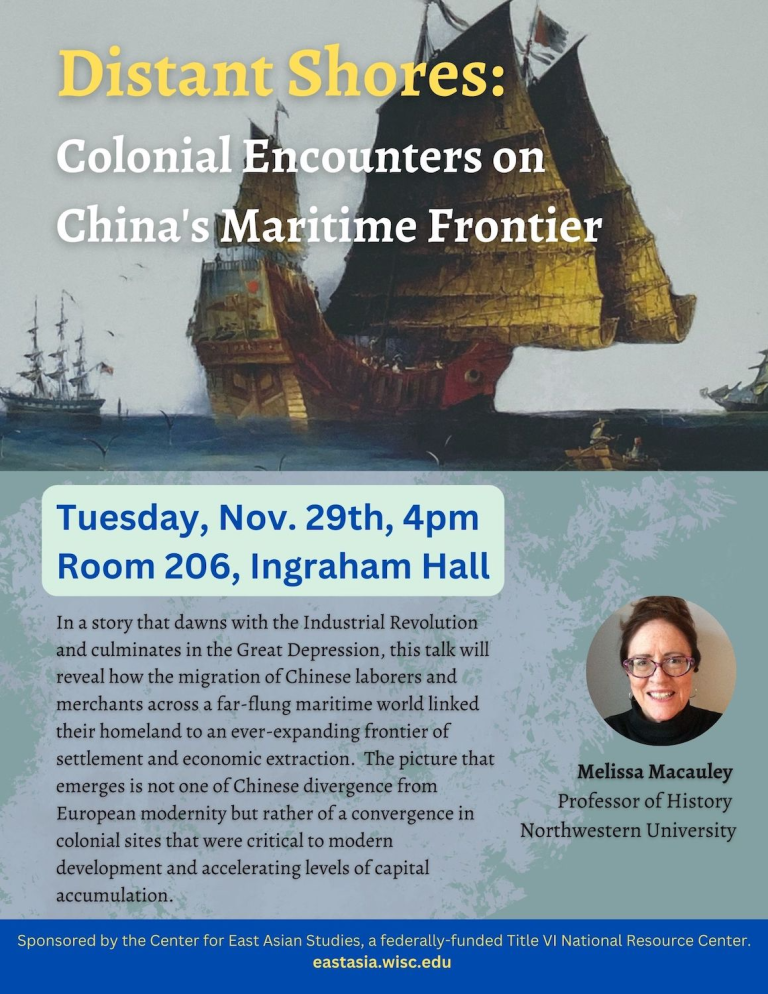