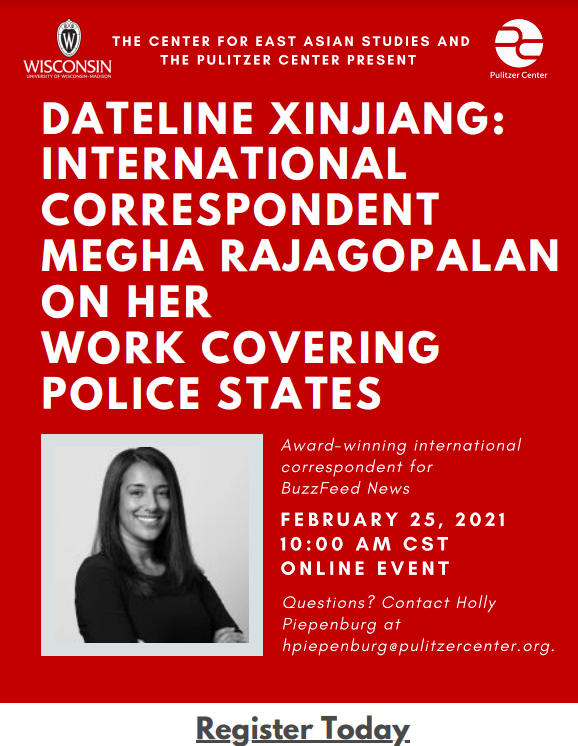 Megha’s reporting project, “Built to Last,” is the most extensive investigation of China’s internment camp system ever done using publicly available satellite images. These images, coupled with dozens of interviews with former detainees, allowed BuzzFeed News to identify more than 260 structures built since 2017 and bearing the hallmarks of fortified detention compounds. The investigation showed how China established a sprawling system during that time to detain and incarcerate hundreds of thousands of Uighurs, Kazakhs, and other Muslim minorities, in what is already the largest-scale detention of ethnic and religious minorities since World War II.

Megha Rajagopalan is an award-winning international correspondent for BuzzFeed News.

A recording of the event is available through the Pulitzer Center YouTube channel.