How did opium dealing in late imperial China offer opportunities for indigent men in secret societies to dramatically improve their lives? This happened mainly in China’s Sichuan and Yunnan provinces. When Protestant missionaries began to pressure Qing Dynasty authorities to ban opium, secret societies opposed them with arms. This conflict intensified when Qing leaders initialized a complete ban on opium in stages beginning in 1903. Sichuan rose up in protest, and these protests concluded with the toppling of the Qing dynasty in late 1910. What has been almost completely erased from the historical record is that indigent secret society cadre did almost all the fighting against Qing forces in September and October 1910.

Mark Driscoll is Professor of East Asian and Global Studies at UNC, Chapel Hill where he teaches courses on East Asian intellectual and environmental history, critical whiteness studies, and decolonial theory. He has published three books from Duke University Press. His most recent, published in December 2020, is called The Whites are Enemies of Heaven: Climate Caucasianism and Ecological protection in Asia, and identifies white capitalist supremacy as the main driver of the shift to the Anthropocene and global climate breakdown. His new project looks at slavery and neoslavery in the Americas through the lens of what he calls “world racecology”. 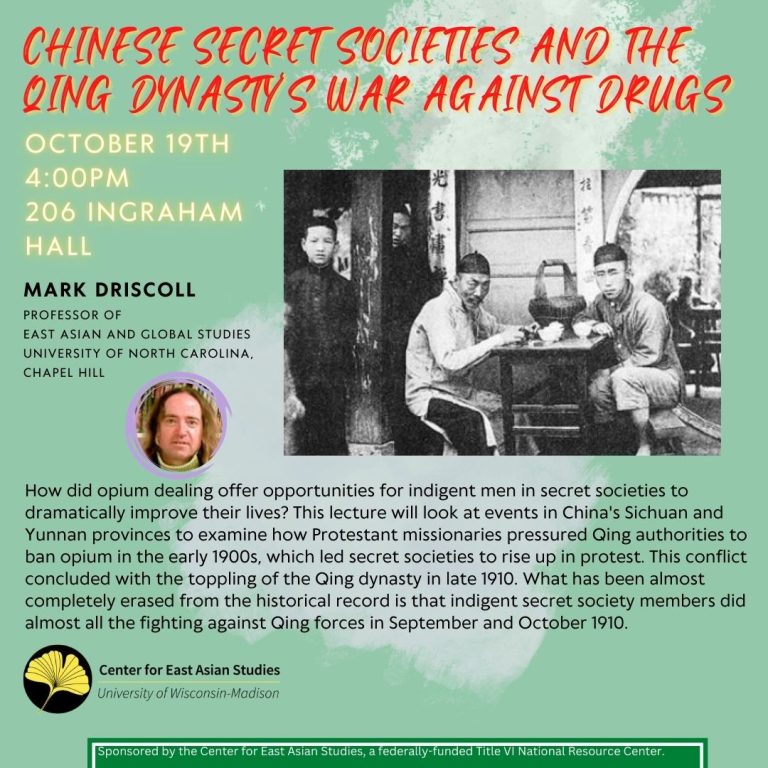