Chinese cuisine without chile peppers seems unimaginable, yet there were no chile peppers in China before the 1570s. Introduced from the Americas, chiles initially struggled to gain a foothold in China, but now they are so common that many Chinese assume that they are native. This talk examines the many ways people in China engaged with chiles, resulting in cultural changes. Part of the chile’s success in China arose from Chinese recognizing its versatility. Chiles became integrated into traditional Chinese medicine, garden aesthetics, and literary references, as well as cuisine. In addition, its versatility also allowed Chinese from different regions to emphasize varying aspects of the chile, leading to regionalization. The chile even led to a change in the meaning of the term spicy (la 辣).

Brian Dott received a master’s degree in Chinese studies from the University of Michigan and his PhD in Chinese history from the University of Pittsburgh. He teaches in the History Department and Asian & Middle Eastern Studies Program at Whitman College. His passion is studying changes in Chinese cultural practices from 1500 to the present. He is author of The Chile Pepper in China: A Cultural Biography (Columbia University Press, 2020). His previous book examines different groups of pilgrims to one of China’s most sacred mountains: Identity Reflections: Pilgrimages to Mount Tai in Late Imperial China (Harvard University Asia Center, 2004). 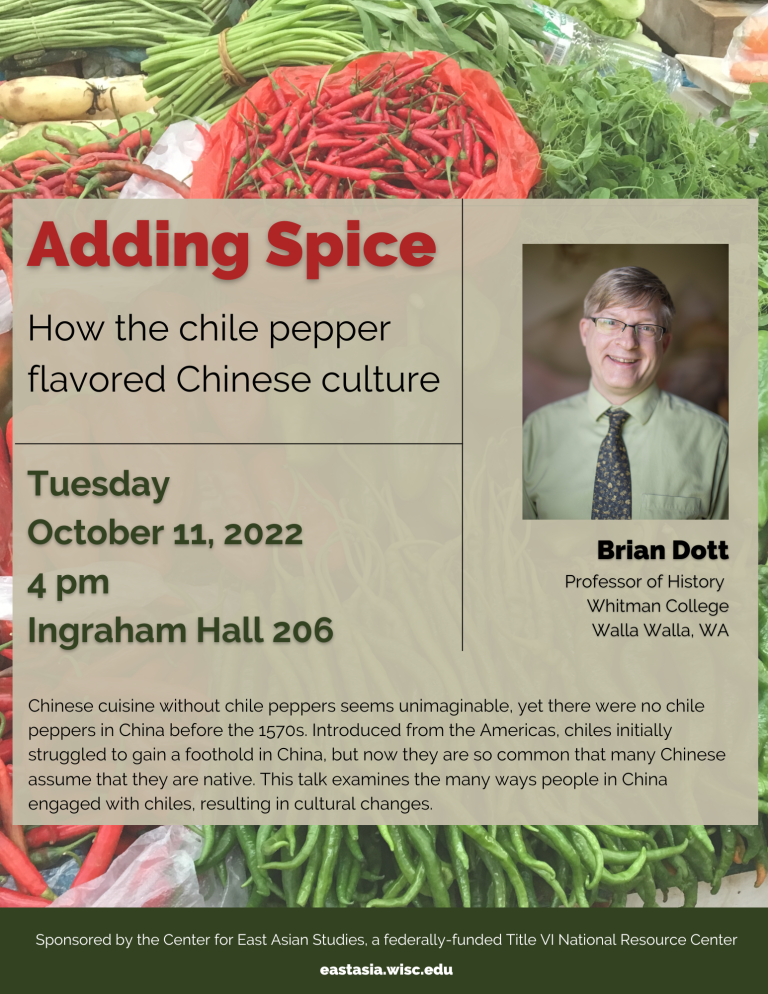