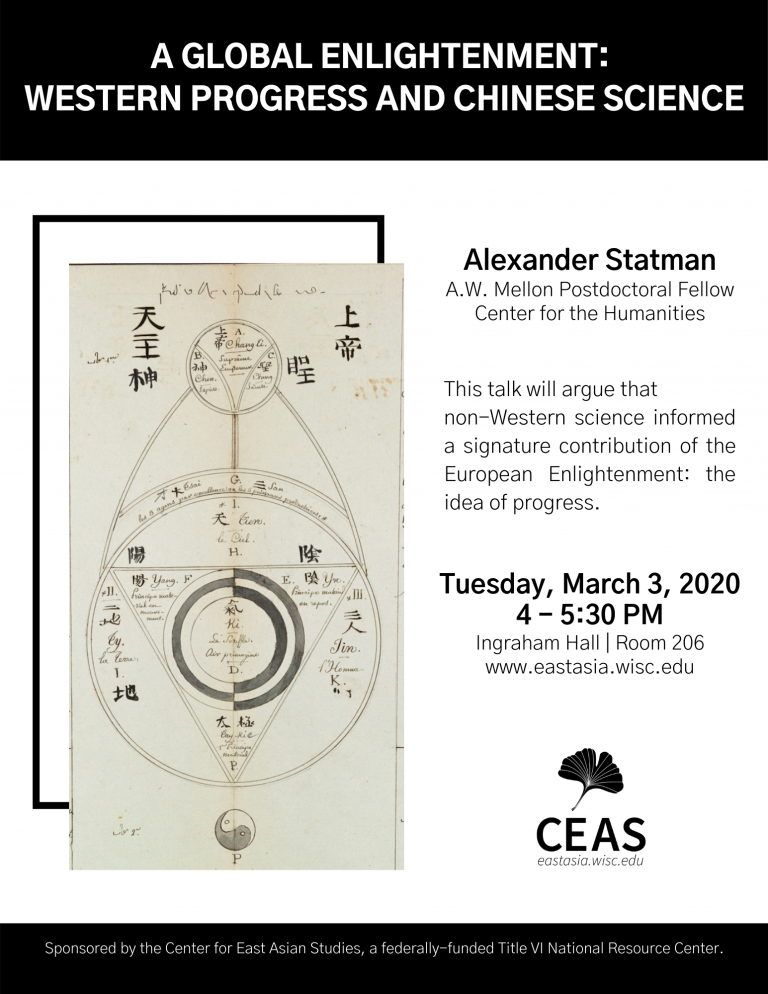 Toward the end of the eighteenth century, the idea of progress – once imagined as a universal timeline stringing all societies together – was strategically redeployed to single out “The West” from the rest. What caused this fundamental transformation in Europeans’ understanding of their place in the world? In this talk, Alexander Statman outlined an answer by revealing the hitherto unknown presence of Chinese ideas in European debates. Through engagement with new books, essays, and translations sent from Beijing by Catholic missionaries, French thinkers rethought the history and philosophy of their own natural sciences. By reconstructing this truly cross-cultural conversation, he argued that non-Western science informed a signature contribution of the European Enlightenment: the idea of progress.

Alexander Statman, A.W. Mellon Postdoctoral Fellow at the UW-Madison Center for the Humanities, is a historian of science and intellectual historian. His research interests include intercultural conversation and exchange, the Enlightenment’s challenges and legacies, environmental thought, and the historiography of science. He received his B.A. from Columbia University and his Ph.D. from Stanford University.