MADISON — The Center for East Asian Studies (CEAS) at the University of Wisconsin—Madison is pleased to announce the winners of the “East Asia in Wisconsin Library Program” competition. Grants have been awarded to public libraries throughout Wisconsin, enriching their collections with new titles that will enable patrons to deepen their understanding of East Asia (which includes China, Japan, and Korea). Over $24,000 in funding will be distributed to 29 libraries, representing 12 of the state’s 14 library systems.

This is the second year of the competition, which generated a wide variety of programming in 2020.

“We were so delighted with last year’s response that we decided to continue this program,” said Laurie Dennis, assistant director for CEAS. “The 2021 proposals once again reflect the creativity of Wisconsin librarians, who plan to use their funding to bolster existing film, manga, audio and other types of collections, and also to set up community activities and conversations about everything from Wisconsin’s evolving Tibetan community to the Japanese influence on Frank Lloyd Wright. This grant is a way for our center to help library patrons across the state have access to the latest in current events, reference materials, children’s books, literature and film about East Asia.”

The winning proposals came from the following libraries: 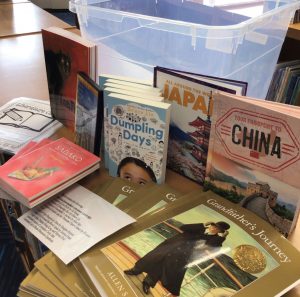 CEAS once again partnered with the Wisconsin Department of Public Instruction, the Wisconsin Library Association, and the Cooperative Children’s Book Center to plan and promote the program. Applicants were encouraged to use a list comprised of hundreds of materials curated by UW–Madison faculty with titles about China, Tibet, Hong Kong, Taiwan, North Korea, South Korea and Japan.

The East Asia in Wisconsin Library Program is partially funded by a Title VI grant from the US Department of Education. The Center for East Asian Studies (CEAS) is the focal point connecting East Asia to the University of Wisconsin–Madison. One of the UW–Madison’s eight federally funded National Resource Centers, CEAS is dedicated to all aspects of research, education and outreach related to China, Japan, and Korea.