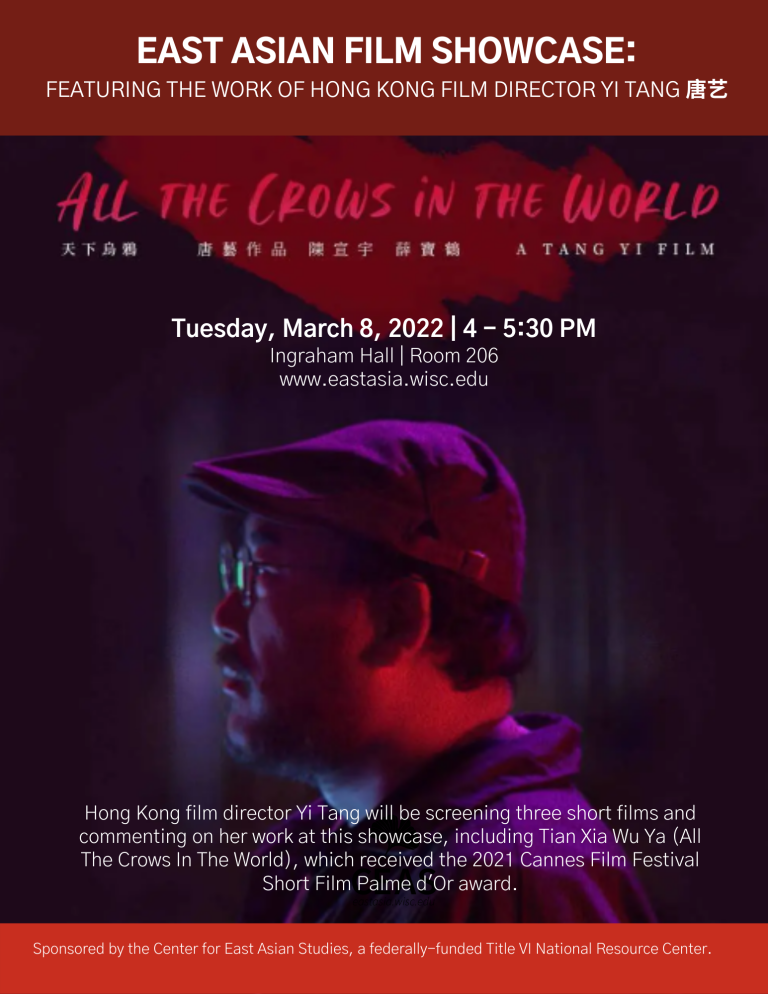 Hong Kong film director Yi Tang screened three short films and commented on her work at the showcase. Tang received the 2021 Cannes Film Festival Short Film Palme d’Or award for one of these short films, Tian Xia Wu Ya (All The Crows In The World). Drawing from the director’s own experience as a teenager, the film was shot and set in Mainland China. The dark comedy follows the journey of 18-year-old student Shengnan, who is invited to a mysterious party by her cousin, embarking on a night of adventures in the adult world. The Short Film Palme d’Or is the highest award given to a short film at the festival.

Tang also screened Black Goat, which is about a nun who has her first period and contemplates sacrificing a black goat to avoid misfortune according to superstition, and Yokelan 66, which is set in New York and features a group of elderly people yearning for love.

Yi Tang is a filmmaker and singer-songwriter. She received her MFA from the NYU Tisch School of the Arts.